Call Of Duty’s Back And Bringing you to the future

Sledgehammer Games says, “We actively listen, even if we can’t always respond or agree”; studio adds that “something special” is in the works for eSports fans.

Call of Duty: Advanced Warfare developer Sledgehammer Games takes fan feedback “very seriously,” studio cofounder Michael Condrey said in comments posted on Reddit. Though he says Sledgehammer is listening to what you have to say, you shouldn’t expect the studio to be able to respond or even to agree, Condrey cautioned.

“Sledgehammer Games takes fan feedback very seriously. With [40 million] voices strong, there are always going to be competing viewpoints within the fan community. We also have passionate visions of the game we want to deliver,” Condrey said. “Bottomline, we actively listen, even if we can’t always respond or agree.”

“So thanks for being here, and for helping us make the game be the best it can. Every developer on this game has one goal–to create the highest quality experience of our careers,” he added. “So one favor–keep it classy and constructive. As fans, we owe it to each other and the game.”

In a separate Reddit post, Condrey said the eSports community is a “valued partner” for the Call of Duty series overall. He wouldn’t say anything about what Call of Duty: Advanced Warfare will offer for uber-competitive players, but teased that eSports players won’t be disappointed.

“We look forward to being able to talk about our exciting [multiplayer] plans for Call of Duty Advanced Warfare. Until then, know that we are working closely with, and for, the competitive community to deliver something special this year,” Condrey said. “More to come! Keep the feedback coming.”

I really hope this’ll be a good game

Another Zombie Survival Horror Game, But This Time With Parkour!

How do you stand out in what’s quickly becoming the most populated subgenre in games? Well, Polish developer Techland, known for Call of Juarez and Dead Island, feels that its new entry into the “try not to get killed by zombies” field is inspired by enough beloved works while delivering an equally impressive suite of original ideas to make people pay attention.

Coming in 2014 to both current and next-gen consoles, Dying Light feels like a zombie action game through the lens of DICE’s parkour classic Mirror’s Edge. The pessimist in me assumes that we’ll never see another Mirror’s Edge game from EA, so the prospect of another developer building upon the concept of first-person free-running is certainly exciting. Much like the 2008 cult hit, the initial moments of the Dying Light demo I saw placed an emphasis on building momentum, finding open paths throughout the environment, and trying to reach your destination in as efficient a manner as possible.

I’m really looking forward to playing this game and hope it turns out to be a success.

So I came back and played FFXI because I was kind of missing it,and I was confused by how there was no one in the dungeons in huge partys. Well I finally figured it out It is called Trust magic a certain type of magic in which you can summon alter egos of great warriors to fight by your side. These alter egos don’t come easy though your first three will be easy but the others may be difficult to get.They come in all types of classes and they all have their own unique look to them. But they really help for soloing the mobs that you usually need a party to kill. They will take aggro, heal you, and even cast buffs on you, you pretty much can walk around now with your very own party and get so much more done. The three nations San’d’oria, Bastok, and Windhurst all have three different alter egos that you can get by ranking up with any of the nations preferably your home nation(the one you choose when you create your character). So now I’m not going to stop playing for a long time. Oh and one more thing if you own FFXI and want to play with me I’m on the Fenir server and my name is cakeyjake no caps. Feel free to leave feedback and follow my blog.

Final Fantasy 15 coming soon i’m really excited for this! what’s your opinion on the game.

Final Fantasy XV development is coming along nicely, according to Square Enix.

The news comes courtesy of series producer Yoshinori Kitase, who told Videogamer that the highly anticipated project is being given “very high priority within the company.”

“We can’t give too much information but certainly looking at Final fantasy XV, it’s not as if it’s in competition with Kingdom Hearts III for resources or anything like that,” he explained.

“It’s quite far into development now and it is being given a very high priority within the company itself, but that doesn’t mean Kingdom Hearts isn’t.”

This falls in line with what we’ve heard in the past; that Kingdom Hearts III will be released a fair while after Final Fantasy XV as the project lead on both, Tetsuya Nomura, can only focus on one game at a time.

Here’s some battle gameplay of this highly anticipated RPG.

Let me know what you think of the game! I sure can’t wait.

Destiny are you ready for it because I am, let me know what you think! 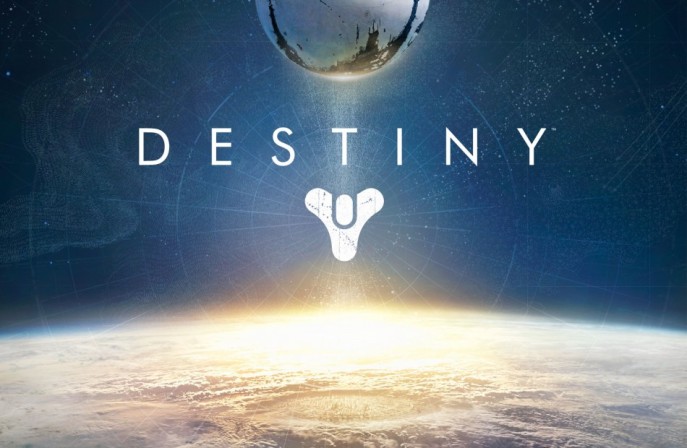 Allowing players to build highly customized avatars to their personal liking is becoming a staple of many big franchises; massively multiplayer online role-playing games have already been doing it for years, and doing it well. But Bungie is taking character creation to a whole new level for its next game, offering an ambitious number of skins, armor, weapons and other items for players to work with.Bungies technical art lead Scott Shepherd discussed the work going into Destiny‘s extensive character creation system. Characters’ bodies are broken into four “slots”: the head, chest, arms and legs. Throughout Destiny, players will be able to collect new pieces that can be equipped into these slots. Shepherd said the development team is working to create a balance of power and aestheticism with these pieces, making them both functional and vital to gameplay progression but also visually appealing to players.

Shepherd detailed the basic design aesthetics Bungie is using for Destiny‘s three classes, the Hunter, Warlock and Titan. The Hunter class is meant to look like they scavenge the wilderness for gear, with capes torn to scraps and gear based off hazmat suits and gas masks. The Warlock class, the “warrior-scholars,” wear cloaks and robes with hardware tucked underneath. Inspiration for their outfits was drawn from a wide range of sources, from wizards to World War I soldiers. The Titan class is the most heavily armored of the three classes, with gear inspired by medieval armor layered over tight-fitting suits.

Please comment would love to know what you think of the game.

Dragon age returns on Xbox one ps4 and PC

Electronic Arts, the publisher of the upcoming “Dragon age inqusition” and the tentatively-titled “Mass effect 4,” has been nominated for the worst company in America. According to a report from Kotaku on March 19, the corporation has been put into a tournament bracket with 31 other companies on The Consumerist website. Users will be to vote through all of the rounds to determine the winner of the award.The third main installment from the “Dragon Age” series is expected to fix several issues from the second game.“Dragon Age Inquisition” is launching later this fall while “Mass Effect 4” does not have an official release date.

Some Game play of this highly anticipated Rpg 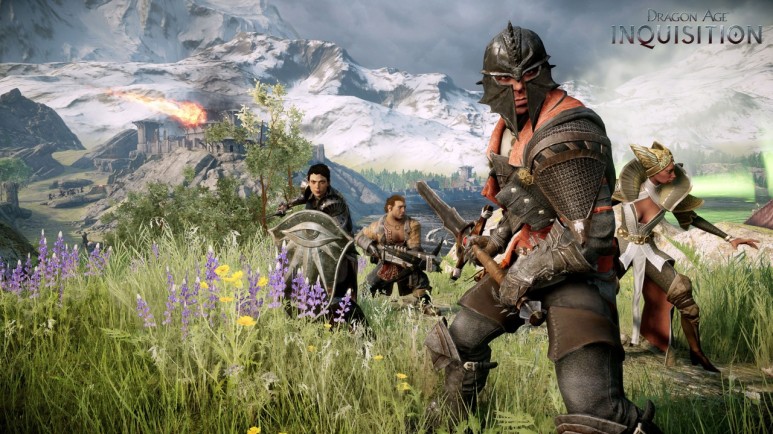 Are you excited because I know I am!

Halo Returns exclusively on Xbox One 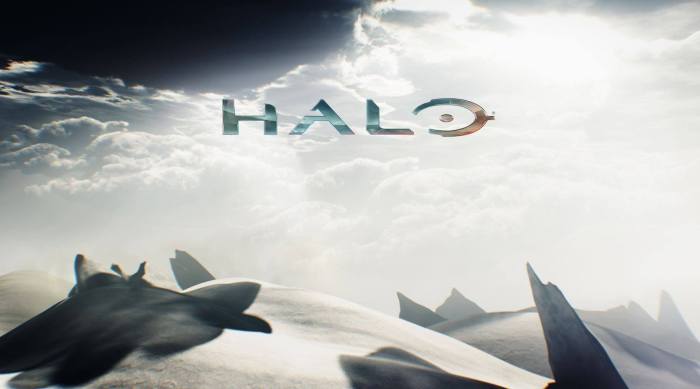 Halo (Xbox One) is an upcoming Halo game, introduced during Microsoft’s E3 2013 presentation as the second chapter in the John-117 storyline of the Reclaimer Saga, and the sequel to Halo 4. Few details have been released regarding the game or its plot.Halo (Xbox One) was confirmed to be in development for the Xbox One during the Xbox One Reveal event on May 21, 2013.According to franchise director Frank O’Connor, 343 Industries “will do better next time,”stating that the studio had learned from the experience of creating Halo 4. He also said that he and the rest of 343 Industries look forward to meeting expectations with Halo (Xbox One) as a “next-generation” title.

This is the teaser trailer that was revealed at 2013’s E3 conference enjoy.

This will be awesome!

Star Wars: Battlefront is an upcoming Video game in the Star wars battlefront series, under development by DICE. The game was introduced at Electronic Arts’ E3 press conference on June 10, 2013.While no release date has been announced, at EA’s annual meeting of stockholders chief financial officer Blake Jorgensen indicated that the game would be released in the Q2/Q3 of 2015, which correlates to when Star wars episode VII is expected to be released.

I don’t Think that I’ll ever get tired of star wars games, especially battlefront.

Plants vs. Zombies: Garden Warfare is a multiplayer thrid-person shooter and tower defense video game, it is part of the Plants vs Zombies series, developed by PopCap games and published by Electronic arts. The game was first announced for the Xbox 360 and Xbox one, but later it was reported that it will also be available for Microsoft Windows and “other platforms”.The game features co-op along with competitive multiplayer modes where players can control the zombies as well as plants, and the game was launched on February 25, 2014 in North America, and on February 27 in Europe.

Check out some gameplay of multiplayer and survival mode hope you enjoy. 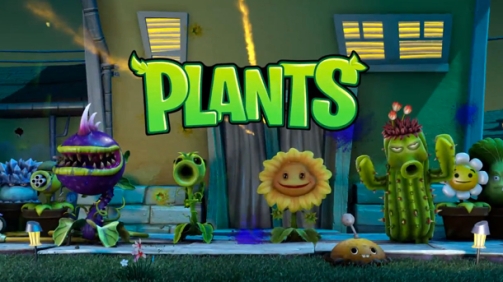 In this Game you’re able to play as plants and the zombies both with unique classes to play.

Where The Top Anime Is Discussed

A Player Has Joined The Game

Video games, anime, whatever I feel like talking about...

Not all games get the GG

The journey to become the woman I should be.